Echoes From Fomalhaut #04: Revenge of the Frogs 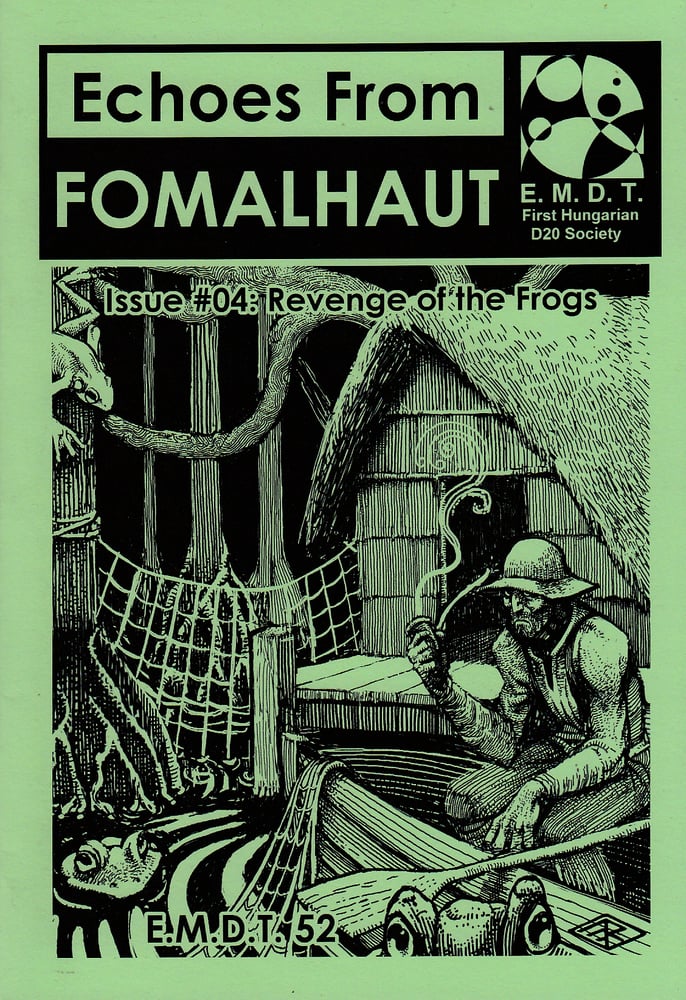 A 40-page fanzine featuring adventures and GM-friendly campaign materials for Advanced old-school RPG rules, with cover art by Matthew Ray, and illustrations by Denis McCarthy, Stefan Poag, and Andrew Walter. This issue contains...
* The Technological Table: Destructive futuristic weapons and sinister technological artifacts from Fomalhaut’s fallen utopias and underworld realms.
* Revenge of the Frogs: A wilderness adventure module for 3rd to 5th level PCs. Certain doom awaits the dying port town of Silvash, and its only chance of survival lies in the marshlands, a place of bizarre inhabitants, labyrinthine waterways, and lots and lots of… well, let’s not spoil it.
* Arfel: City State of the Charnel God: Dominated by a great temple-complex that forms a vast necropolis, death looms over Arfel like a funereal shroud. Yet beyond the haunts of the veiled priests and the silent palaces of a reclusive aristocracy, the alleyways are busy both day and night, and adventure awaits those who would explore the city’s mysteries.
* Erillion, West: an article describing the western half of the Isle of Erillion, from lost places of pilgrimage to brooding manor houses, and lowly bandits’ nests to sites of high wizardry.
* Also... a detailed fold-out players’ map of the City State of Arfel!