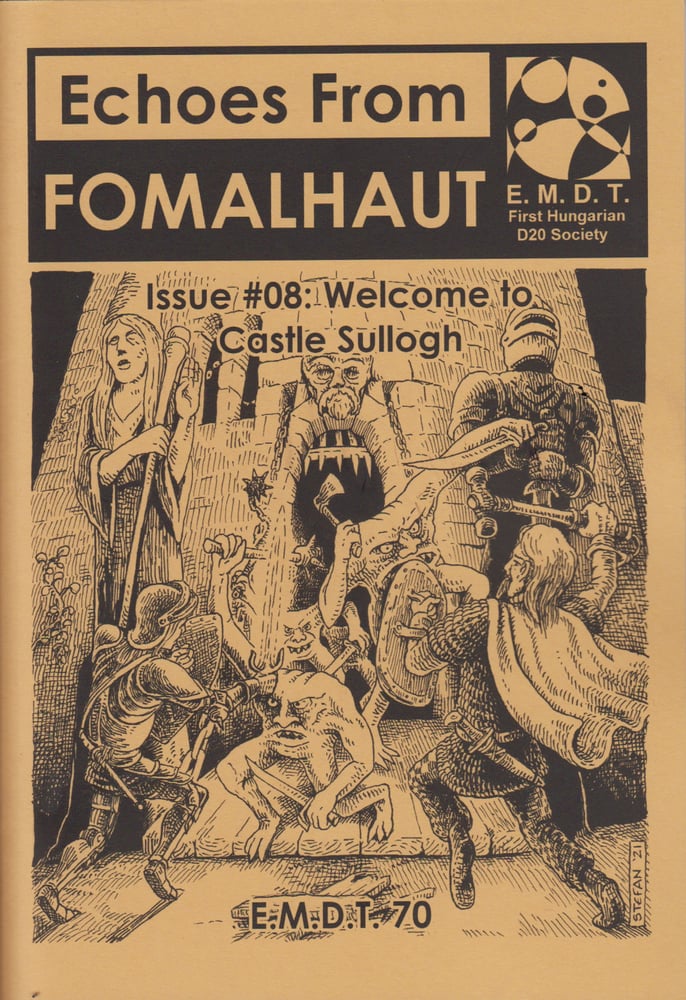 A 52-page fanzine featuring adventures and GM-friendly campaign materials for Advanced old-school RPG rules, with cover art by Stefan Poag, and illustrations by Denis McCarthy, Graphite Prime, and the Dead Victorians. This issue contains...
* Yrrtwano’s Repose: The great hunter Lord Yrrtwano sleeps uneasy under the ruined husk of Varorlum Manor – if you dare disturb his rest, his enchanted horn may be yours! Dungeon module for 3rd to 4th level characters, 15 keyed loations.
* You Meet in a Tavern…: and then what? Start campaigns with a bang using a tried and true cliché!
* Castle Sullogh: A fabled castle reputed to be as old as mankind has lived on the Isle of Erillion (and perhaps older), now ruined but not at all abandoned. Four levels with 55 keyed areas containing challenges for 5th to 9th level characters, including a strange museum created by a famous adventuress, a tower of three powerful witches, and an old mystery. Beware the sullogh!
* Thasan: Beyond the City of Vultures: Hex-crawl guide to the strange lands of Thasan surrounding the sinful city, describing its burning wastelands, glittering seas, ruined cities and bizarre phantasms in 103 keyed locations.
* Two map sheets: one with a map of Castle Sullogh, one with the lands of Thasan – and a separate sheet with a colour player’s hex map of the Isle of Erillion!